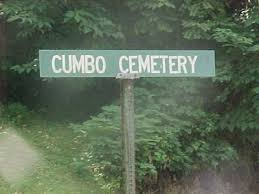 Emanuel Cambow (Cumbo), “a free African,” was granted 50 acres in James City County, Virginia before 18 April 1667. There are very few Africans who had the ability to manuever through the English judicial system to earn their freedom, much less hold title to their own land.  Emmanuel Cambow/Cumbo was one of them.  Like others who accomplished this feat – he is possibly one of the first “twenty and odd” unnamed in the residence of Gov. George Yeardley.

1. EMANUEL1 CAMBOW (CUMBO) was born abt. 1614 in Angola. He died in the English colony of Virginia.

Richard CAMBOW and Ann DRIGGERS had the following children:

4. vii. GIDEON CAMBOW was born by 1702 in Virginia. He died in Halifax, Halifax, Virginia.