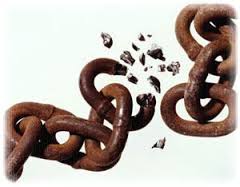 The Driggers’ should be known as one of the America’s earliest FREEDOM FIGHTERS. In February of 1623 at Bennett’s plantation Frances is listed with her son Peter in the list of the Living.  Frances was listed in Piercey’s Muster at Flowerdew Plantation in the 1624/25 as an African woman with young child of hers, which we now know is Peter.   Other than a listing of a African man, Emmanuel is not named until the 1640’s.  Emmanuel Driggers marries Frances prior to 1640 in Northampton County, Virginia.  They had at least seven (7) children, of which two were not their natural born children.

2. Jane, born May 1644 and noted as one (1) year old on 27th of May, 1645 when Emmanuel bound her to Captain Francis Pott to serve him until the age of thirty-one (31).   Like Elizabeth, (above) Jane was not their biological daughter since her indenture read: “bought and paid for to Captain Robert Shepard” On May 24, 1652, Driggers paid for the balance of Jane’s indenture, freeing and releasing her from Potts.  Note: Jane was the biological child of Margaret Cornish and Robert Sweat of Robert Shepard’s household.  She was one of four children born of this relationship.

Emmanuel and Frances’ biological children were…

Frances, Emmanuel’s wife died before 1656 when he took a second wife named Elizabeth, an English woman.

Emmanuel and Frances Driggers along with most of their children received their freedom during a time when legalized slavery was emerging in Virginia.  How you ask?  The foresight and understanding of the English legal system.  Recording their contracts of indentured servitude set an end date to their indentured time. Legally freeing them from servitude and allowing their FREEDOM!

1619 Genealogy – Descendants of the first “Twenty and Odd”...
Scroll to top