On May 18th, 2019 “Unveiled – The Twenty & Odd” was released! This research has left the world scratching its head, wondering where the current narrative regarding the first Africans came from.

“Unveiled – The Twenty & Odd” corrects the narrative surrounding their landing, their numbers, and the events which affected their status.
For instance, did you know the first Africans held indentures?
In 1635, Anthony, an African servant was free from his indenture and noted in a later court recording by his former master who stated…    he was free “by a certen wrytinge under my owne hand.”

Anthony wasn’t the only African to have his freedom acknowledged in the court records. From 1635-1640, many of the first Africans are released from indenture and have become headrights. Eventually, they own land and establish farms and trades which many of the Europeans became dependent upon.

Hope you’re ready… “Unveiled – The Twenty & Odd” brings a new understanding regarding the first Africans who landed in the English settlement of Virginia 400 years ago. 1619-2019. 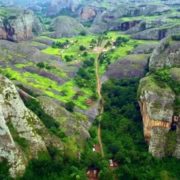 Chronology of the 1619 Africans
1 reply