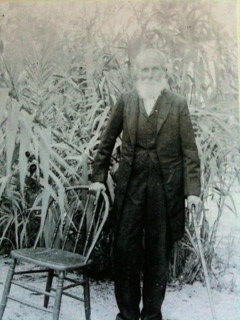 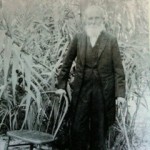 Rawlins Lowndes Reaves was the youngest child of Mark Reaves and Spicy Ann Smith Reaves.  Rawlins married Delilah Ann Gilbert, in Thomasville Georgia after attending ministerial school in January of 1834.   They remained in Thomas, Georgia until 1843-44, when they moved their family to the town of Monticello, located in Jefferson County,  FL.  For over thirty-five years Rawlins preached the word of God, traveling throughout southern Georgia and parts of North and Central Florida.

Elizabeth “Bessy” Herd Reaves  – Born in Georgia in 1839 she married G W Jeffcoat and moved to St. Lucie County, Florida where she died in 1921.

Samuel Johnson Reaves – Born in Georgia in 1841, he served in Company H, 3rd Florida Infantry Regiment, CSA, until his death May 9, 1862, Gainesville Florida.

Solomon Reaves – Born 1850 in Monticello, Jefferson County, Florida.  Married Alice A. Speer in 1874.  His date and place of death is unknown at this time.

Martha Matilda Reaves – Born in Monticello, Jefferson County, Florida in 1854.  She married William Pinkney Reams in 1874 and she died in 1910.

After Delilah’s death in 1876, Rawlins Sr. married Augusta Ann Stanly in 1878.  They had two additional children.

The Chosen Ones - A Genealogy Poem